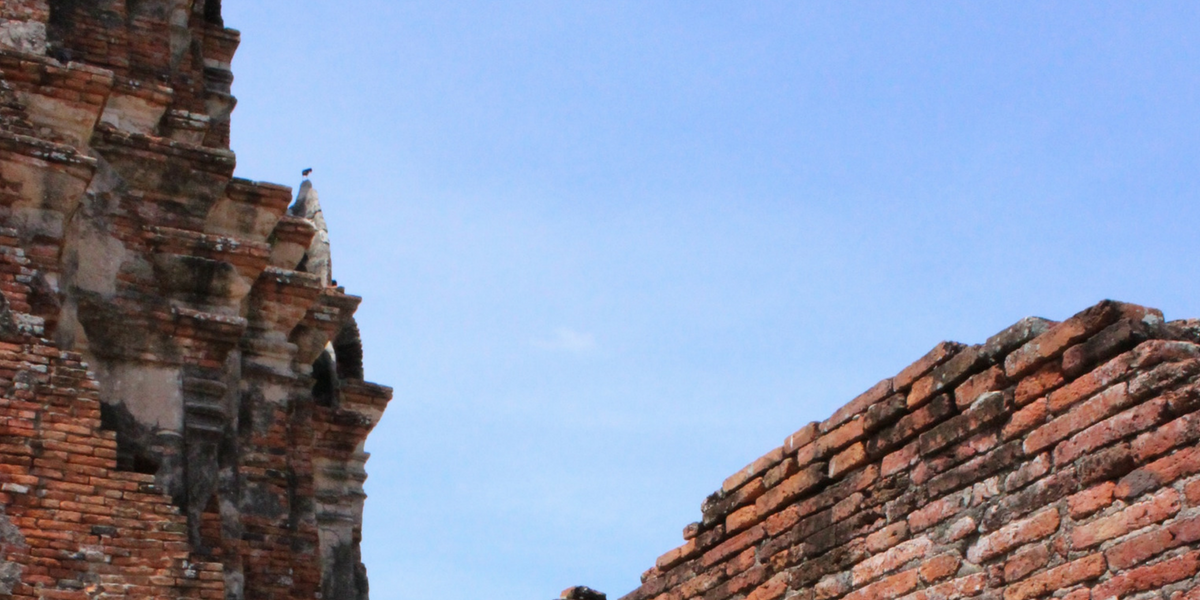 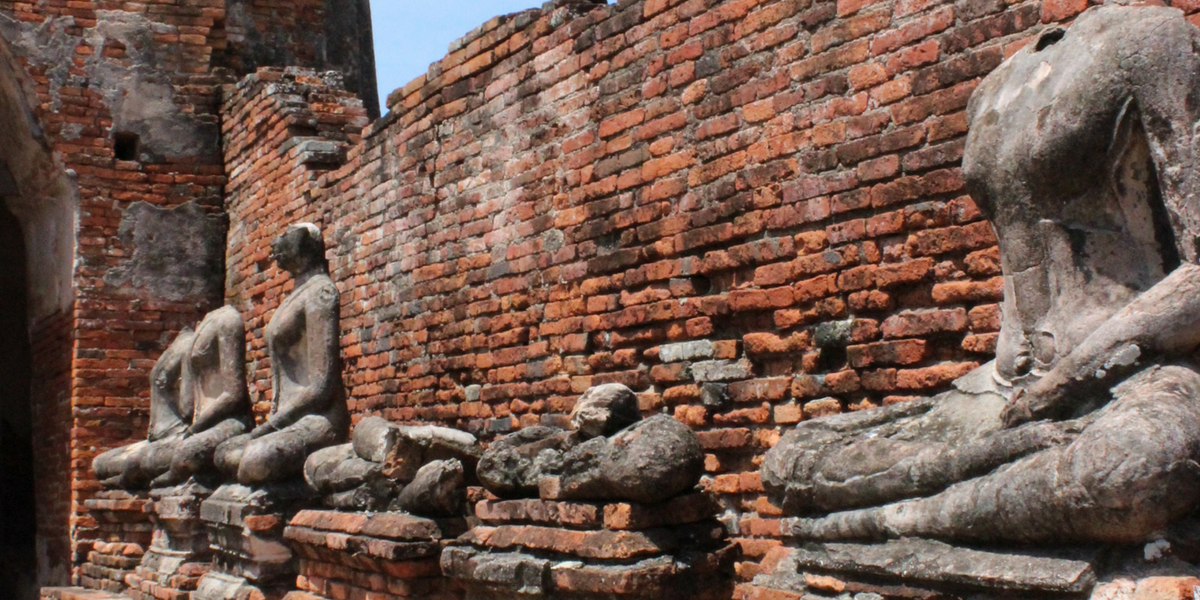 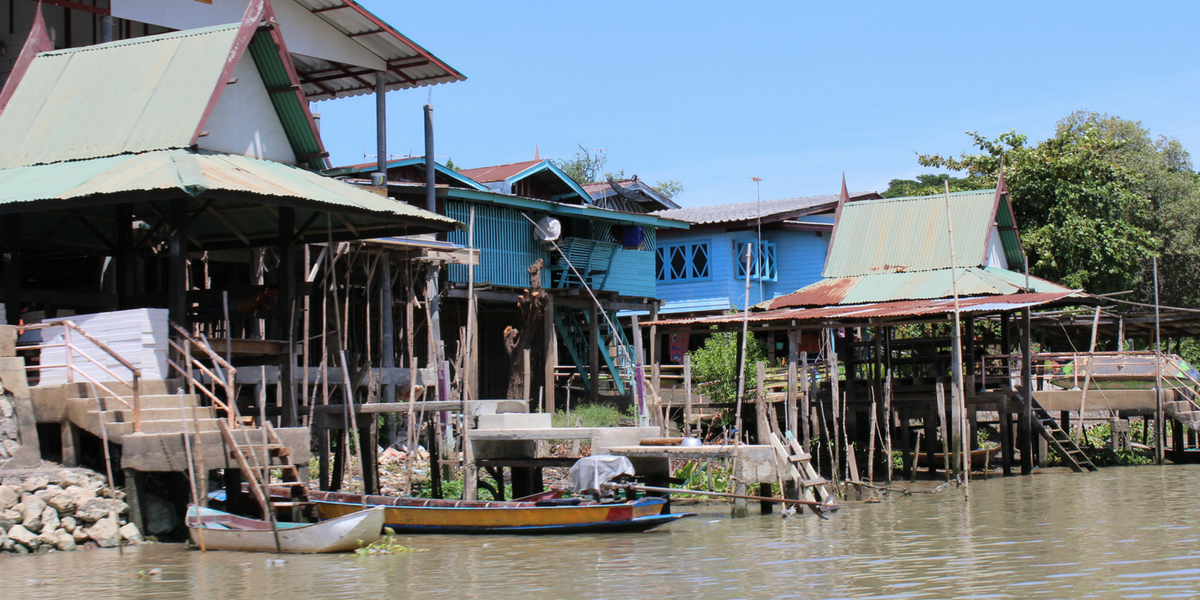 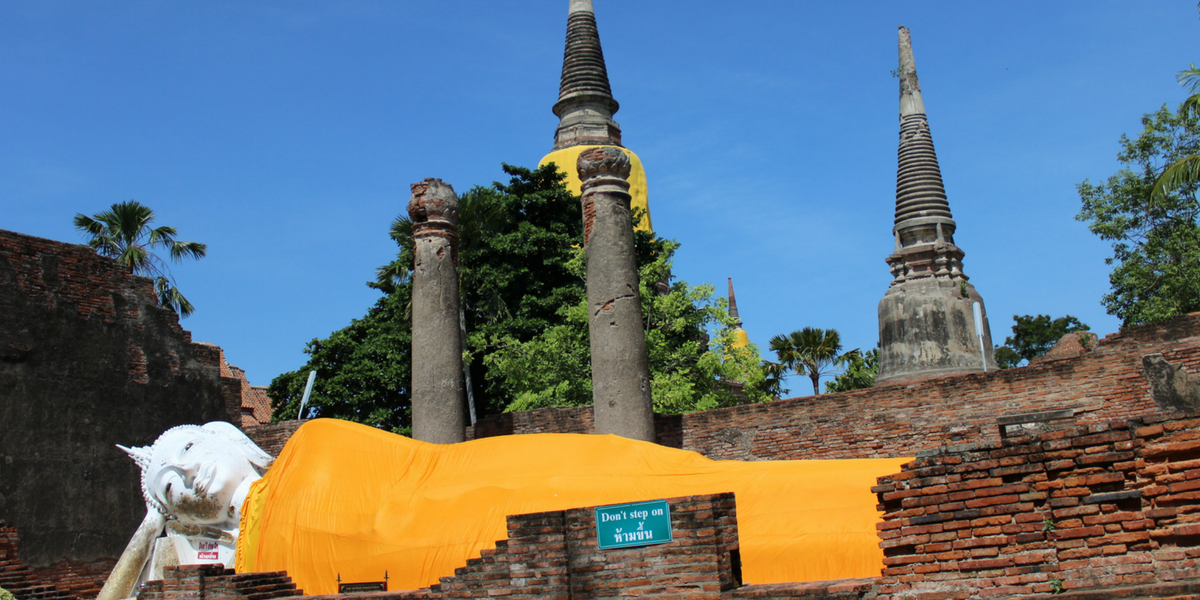 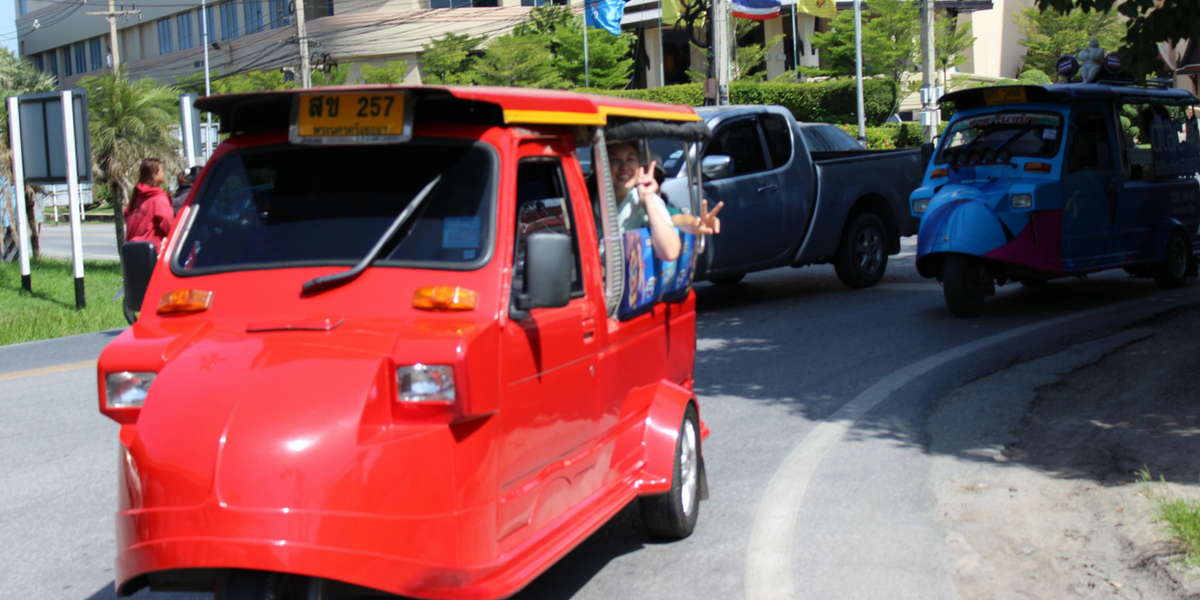 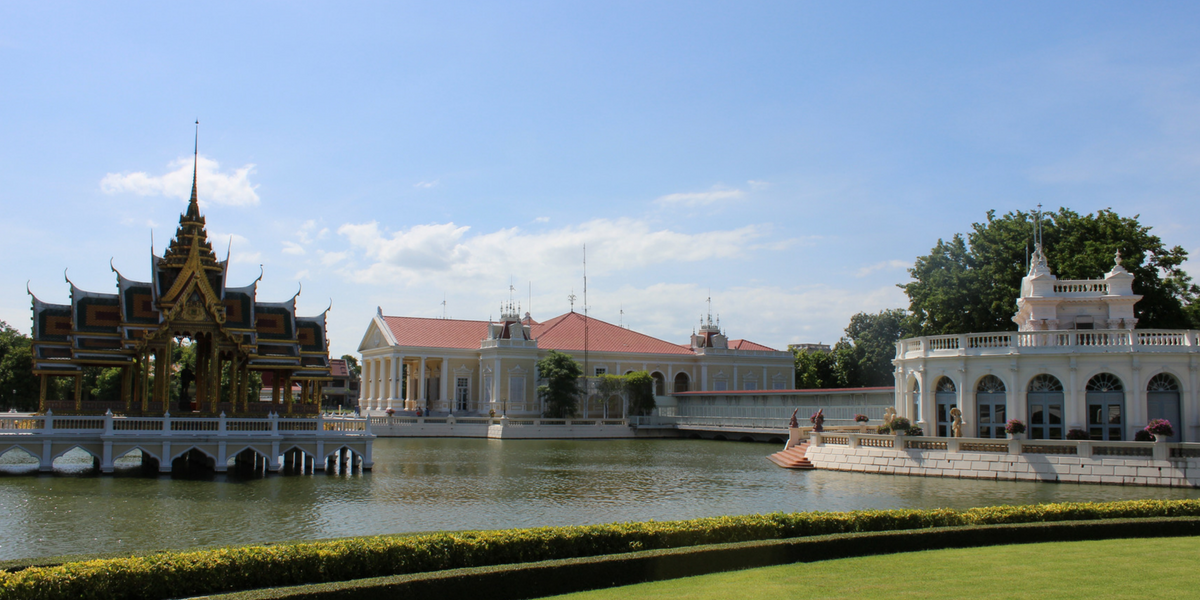 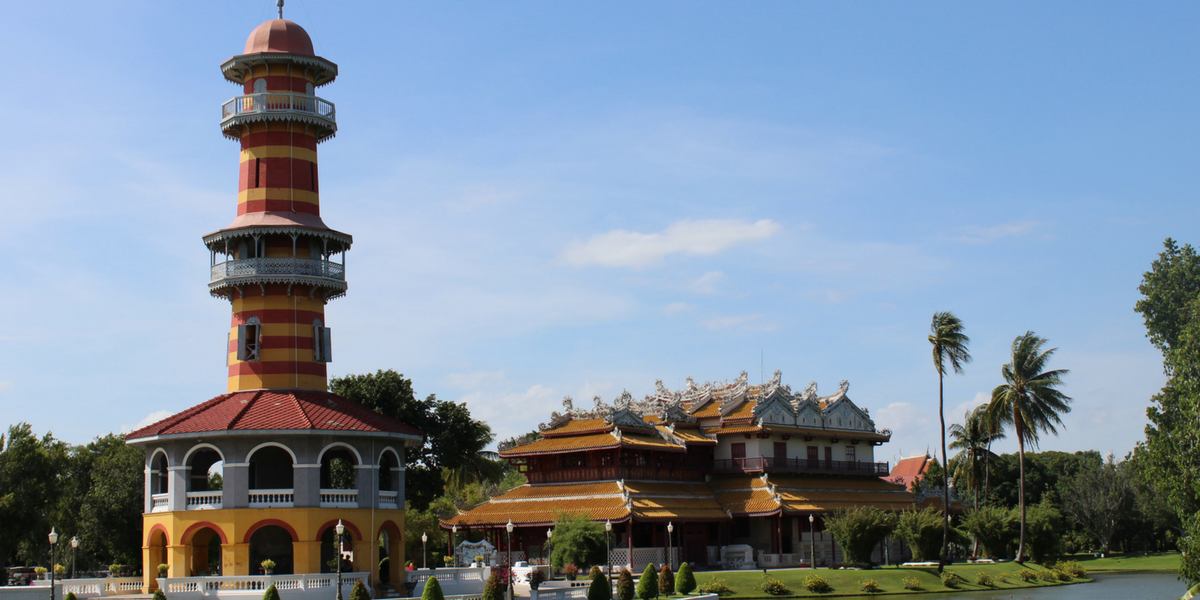 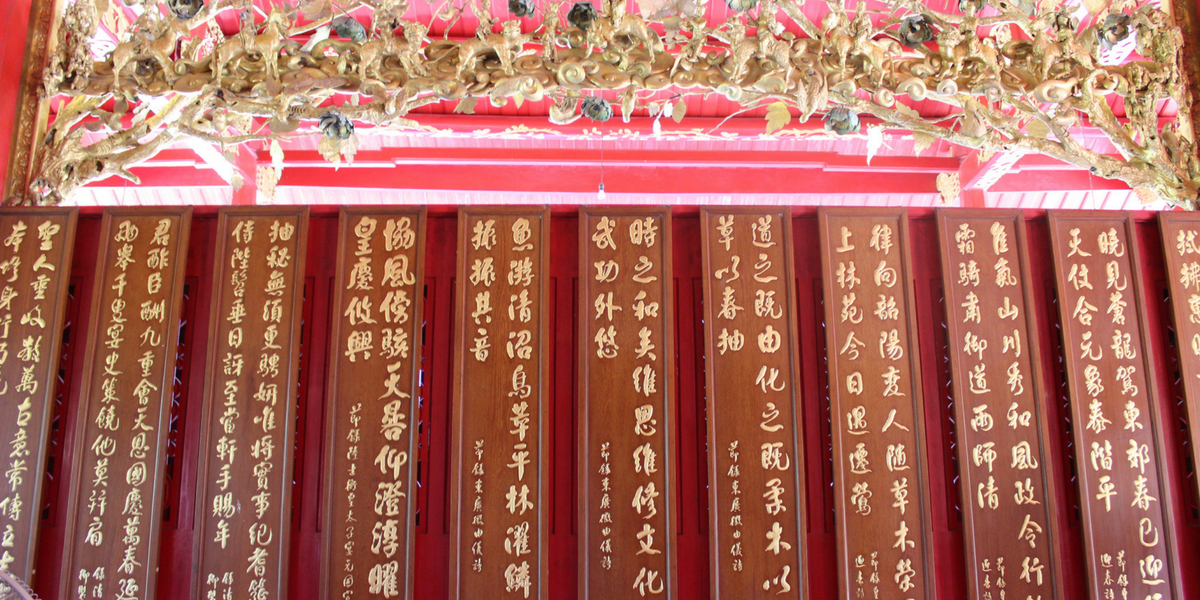 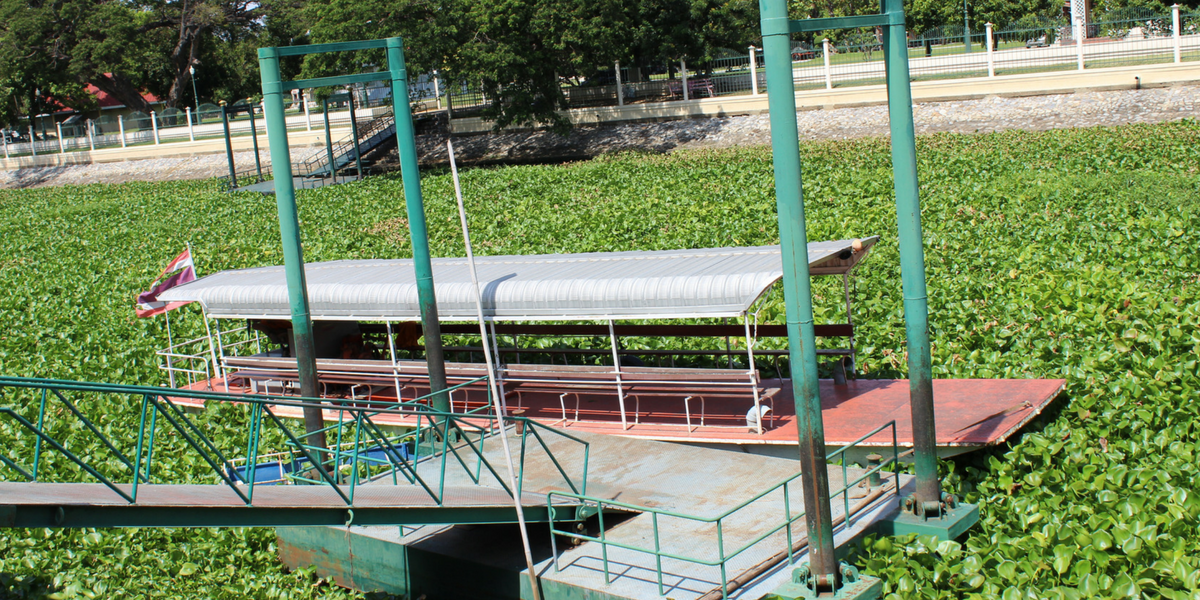 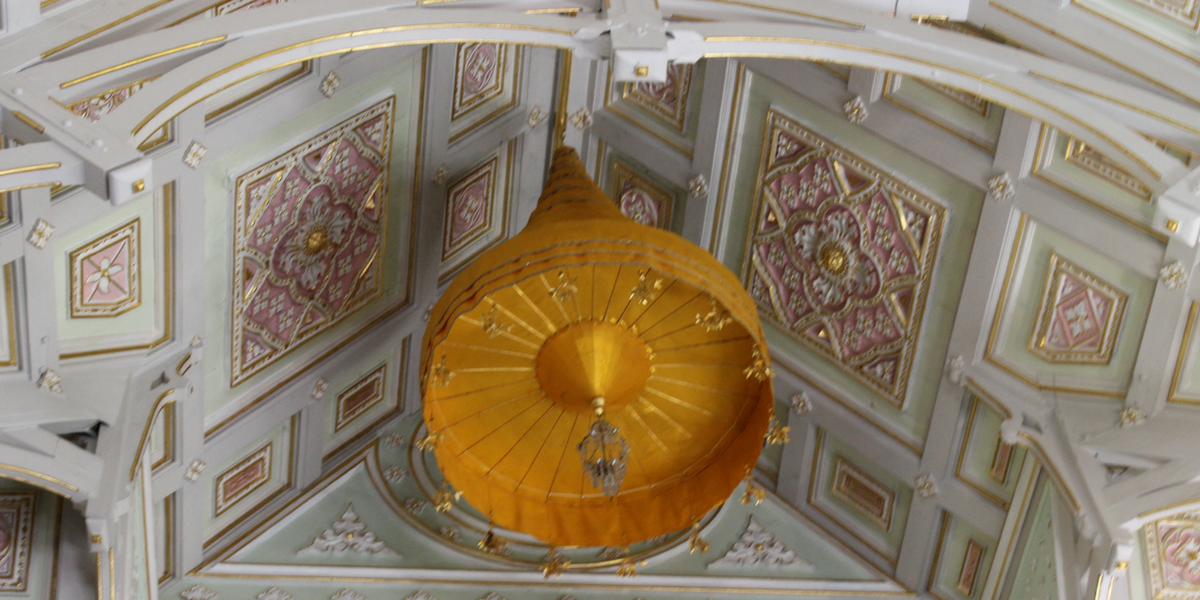 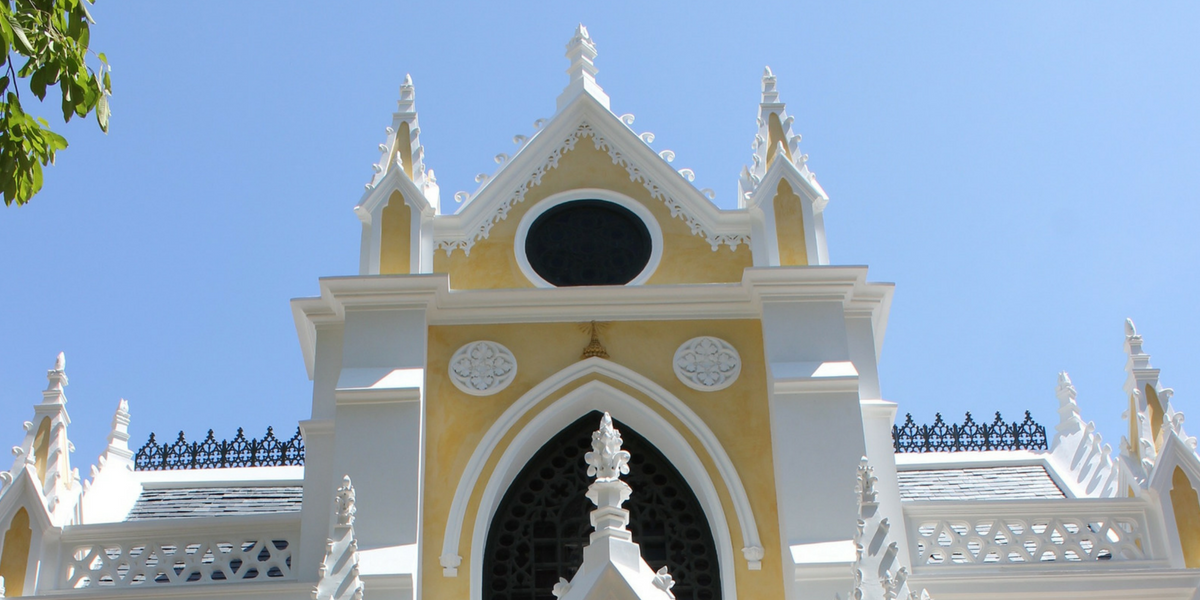 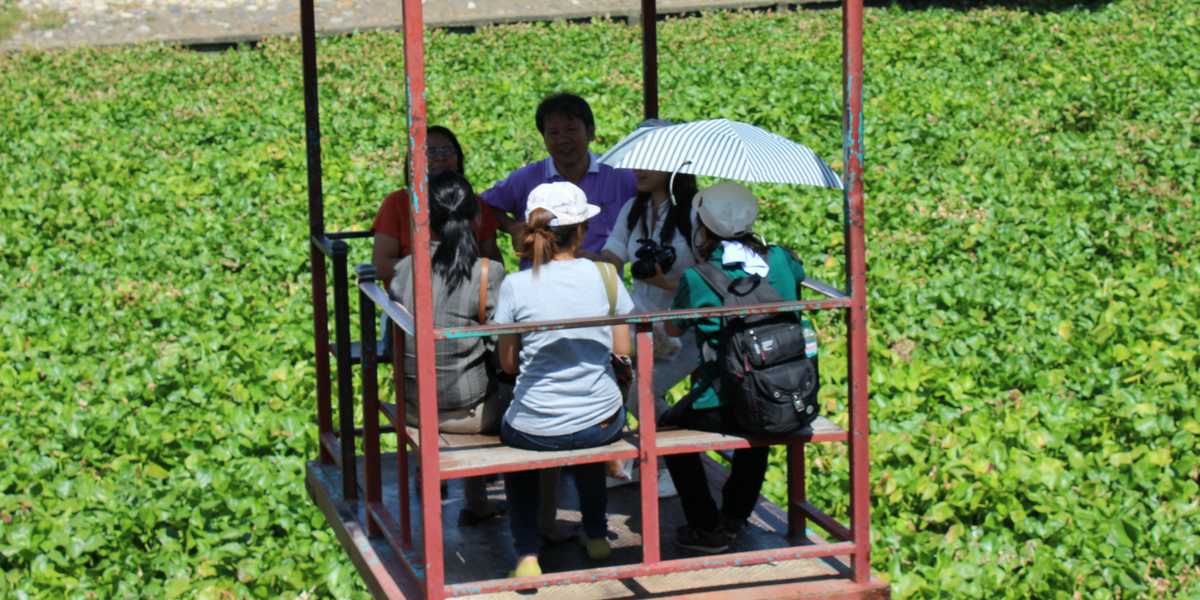 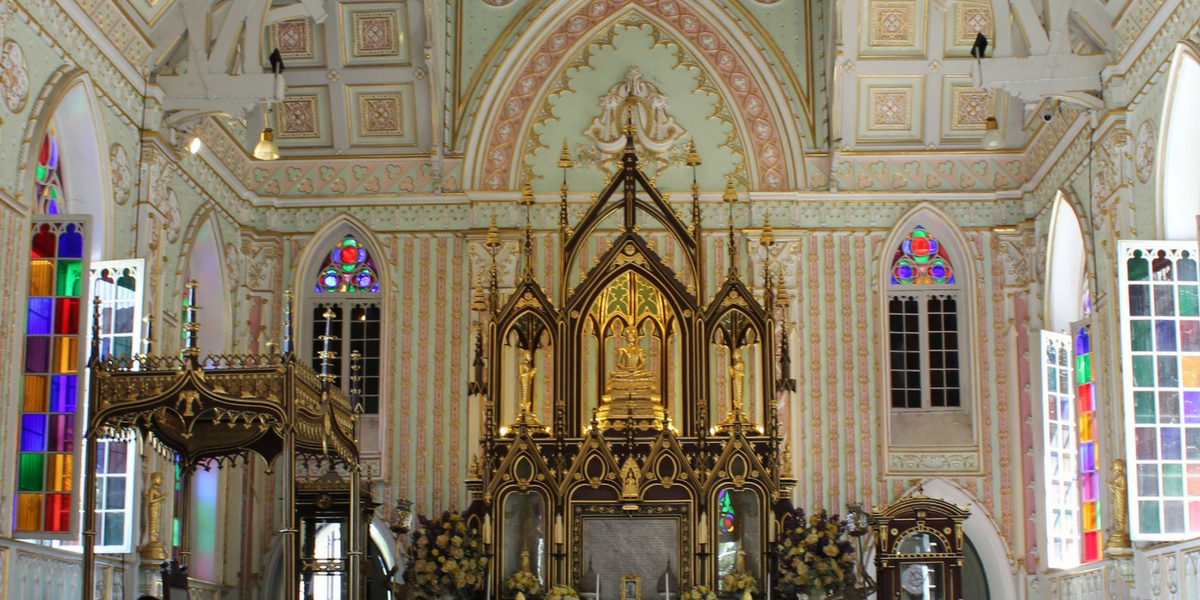 After breakfast, your local guide will take you to Ayutthaya. It is the second capital city of Thailand or well known as “Ancient City” today. First explore to Bang Pa In Summer Palace, the Royal Palace was constructed by King Prasat Thong in 1632 and was in use until 1767. This palace was renovated by King Rama IV of the Chakri dynasty in 1851. Today this palace is used by King Rama IX and the Queen Sirikit as a residence and for holding receptions and banquets. Next visit will be a temple constructed in Neo Gothic style or better known as
Wat Niwet Thammaprawat. It is along the Chao Phraya River and then take a long tail boat to downtown of Ayutthaya. Wat Niwet Thammaprawat is a temple that was built by the King Rama V or King Chulalongkorn (Chakra dynasty) in 1876 and it was completed in 1878. The different thing is the construction in this temple is similar as the Christian church but inside, you will find a buddha image. Lunch at the local restaurant nearby.
Yai Chaimongkhon Temple is one of the oldest ruin temple in Ayutthaya. It was constructed by King U Thong in Ayutthaya period or 13th century. It was named "Wat Pa Kaew". The other oldest temple in Ayutthaya is
Chai Watthanaram Temple. It was built by king Prasat Thong of Ayutthaya period in 1630. It was the first temple of his reign in Khmer style. Phra Si Sanphet Temple is the holiest temple in Ayutthaya historical site. It was the main temple of Ayutthaya and it's on the Royal Palace was before. This temple was built by the King Ramathibodi I in 1350 who established Ayutthaya as the capital of Thailand. The model of this temple is the same as the Royal Temple "Phra Kaew Temple" in Bangkok today.

MORE DETAILS FOR THIS PROGRAM HIDE +

Private tour, pick-up at your hotel and private car, driver and guide.

All of our tours include an insurance to cover you during trip in Thailand.

Book your tour in less than 2 minutes, from any devices.